Sexy, suspenseful, and brimming with magical realism, The Lightning Conjurer is a contemporary fantasy series comprised of three books: Book I, The Awakening, Book II, The Enlightening, and Book III, The Christening.

The saga follows Aspen (as she calls herself), a twenty-something-year-old woman, who awoke three years ago in an empty cabin in the middle of the forest. Not knowing her name, where she came from, or where she was, she’s been forced to live entirely off the grid for three years. It’s a lonely life she’s grown accustomed to – until now. Suddenly, strange things are beginning to happen all around her: a raging tornado manifests out of nowhere, narrowly saving her from an out-of-control semi-truck; her frigid bath water becomes luxuriously hot; the fireplace inexplicably erupts a plume of white-hot fire straight into her living room.

Unfortunately, things only get stranger when Aspen decides to audit a nearby college class, as the handsome associate professor, Aiden, immediately and inexplicably takes umbrage to her presence. When he confronts her after class, she panics, causing the ceiling lights to burst. That’s when Aiden realizes what she is – but he’s not the only one whose attention Aspen has attracted. She’s being watched by an elite group of Elementalists who just might hold the answers to Aspen’s past… But by joining them, could she be in for more than she bargained for?

In her mission to discover who – and what – she is, Aspen must learn to control her powers, navigate her budding romance with Aiden, and finally, she must uncover the startling truth about her past… and her family. The series was born from the imagination of Rachel Rener, who spent way too many years working oppressive desk jobs before she realized it was time to quit and write The Awakening, her debut novel. 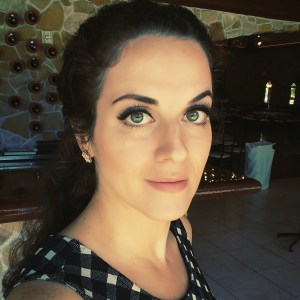 Please subscribe to the Blog to see exciting news and updates posted every week, and be sure to join us on Facebook and Twitter for ongoing, exciting discussions.

Both books are available electronically and in paperback. To purchase personalized signed copies, please visit our Facebook shop.

Or, check out Smashwords, Amazon, or Barnes and Noble for the e-books.

All other e-book formats can be found here.

Pick up your copy today!

E-book and paperback available on Amazon!

All other digital formats can be found here.